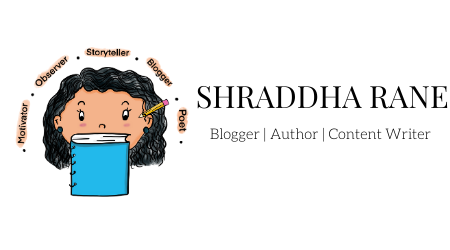 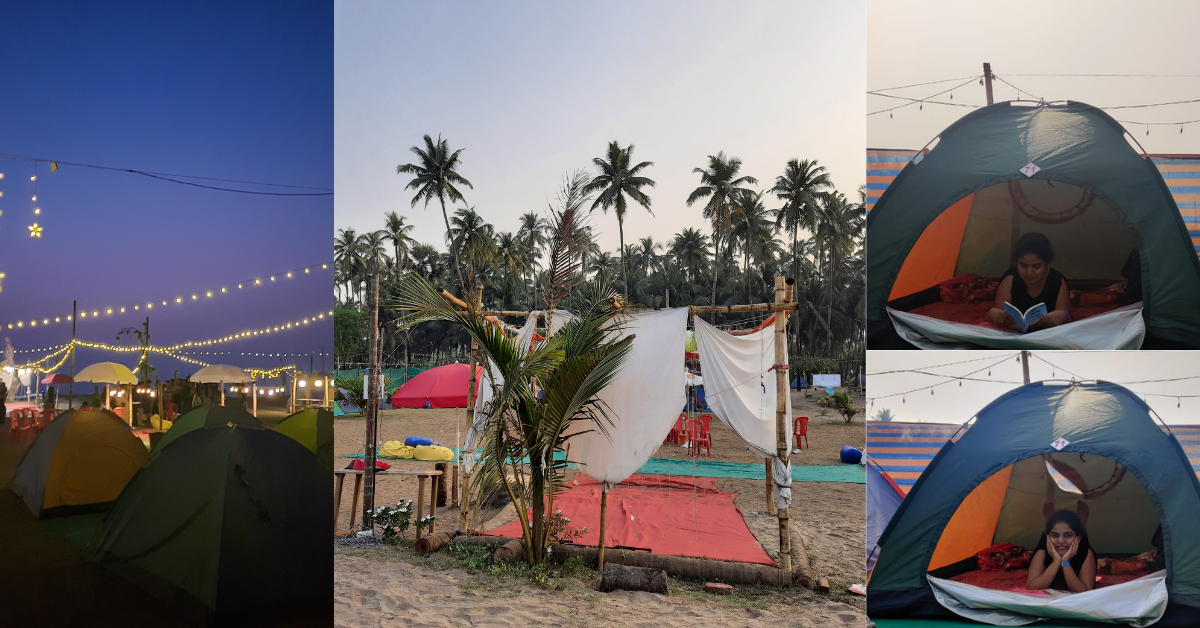 On the 30th of January, 2021 I had been to a beach camping with my office mates on the eve of the foundation day of the office aka anniversary. This was my first beach camping experience and I had so much to take away from this less than 24-hour experience.

As I love sharing the most significant experiences of my life, I’m here again to give you a detailed peep into my extravagant yet subtle weekend outing. I hope you enjoy reading this blog, I know you will.

So, this beachside camp was organised by Travelathon Tours. We reached the campsite at 4 in the evening when the sun rays began to calm down a little forming the base of our splendid evening.

The campsite had a plethora of colourful tents arranged neatly in two rows with the doors/openings of the tents facing each other. The choosing of the tent was more like playing – “Colour colour which colour do you want”, while the tent number got the last priority. But ultimately that was our home address of the day – Tent no. 123.

After checking into our newly allotted rooms (tents) and settling down onto the soft mattress, we went straight to the snacks counter. It was a sumptuous evening snack and so we stuffed in as much as we could – for it was unlimited.

Later when we were strolling on the beach, we heard announcements coming from our camp side but by the time we reached there the introductions of the people present there were over. I missed it. If given a chance I would have said – Hey this is Shraddha Rane, author of Monday Mornings Done Right. I don’t repent much because it might seem like a promotion.

Travelathon Tours had organised tug of war for all the groups who were at the camp for the evening. By the time we reached the camp, it was dark and the ambience was just perfect for camping. The yellow dazzling lights soothed the eyes and the props (colourful cushions, mattress, bean bags) arranged added to the whole vibe.

The tug of war surprisingly turned out to be an interesting game. We were found cheering the teams whom we’d just met and not even talked to. I think that was the idea behind having Tug of War as part of the program.

This was followed by my favourite part of this camping – live performance. We had Akshay Jain – the founder of Travelathon Tours, singing for us and Vrushabh Gamre on the guitar.

I fell in love with both of them from the first song and did not mind leaving my group back and enjoying the live performance amidst a bunch of unknown people (when an artist is performing in front of you please appreciate his talents and efforts by cheering him and being active part of his performance). Bollywood music was the only connection between us.

Akshay had picked some evergreen songs from the 80s and 90s which had me glued to my chair and my eyes to Akshay – the singer. The selection of the list of songs will definitely be a tedious task because if one goes off-beat then the entire flow and vibe is disturbed. 100/100 for the selection, Akshay. The crowd and I sung along with him and enjoyed every bit of the performance. Most of the times I’m self-sufficient and happy when I’m amidst songs or books.

Akshay’s smile had something that hooked us and connect with him in no time. He enjoyed the singing as much as we did and that’s what makes it all genuine and worth it. I say ‘we’ because I could feel the other groups enjoying the performance as much as I did.

When Akshay sang, “Tarif Karu kya uski jisne tumhe banaya” I sang it as if it’s for him. His dimples had my heart and there’s no doubt this blog is turning into a subtle act of flirting. Never mind. What needs be appreciated should be appreciated.

The live performance was commenced with songs based on friendship – which was redefined that evening. A bunch of unknown people connecting with other unknown people at a beach camping. We extremely enjoyed singing “Yaaro Dosti”, “Ye dosti hum nahi todenge ”and swaying our hands up in the air. I missed my close friends then.

The stage was then open for performance from the audiences. Two tiny tots sang “Raabta” when the audience had presumed it would be“Nanna Munna Rahi Hu”. From today’s kids, you ought to get more than you expect.

We also had a husband dedicating a romantic track for his wife. I’m sure every girl present there would have secretly wished for a husband like him – well, I did. To add up to the romance in the air, Akshay invited the couple for a ball dance. The whole picture was very sweet.

This was followed by the most awaited DJ. While we danced crazily, we stumbled upon a sleeping guy. He seemed a little raged but one of our vigilant team members handled the situation quite well. Thank You, Abhishek. I think every group should have such guys who are attentive and responsible.

The dinner was good – though each one has their unique taste buds. Later, we spent the entire night playing cards and laughing on the jokes cracked. This was a completely different experience as no one was an employee there – we were all a bunch of friends on a day off from the office.

In the morning, when I was standing in the queue for the washroom, I heard someone whistling – “Arere are ye kya hua” tune and I felt like the Dil To Pagal Hai scene was recreated there. Anyways, that’s something only an SRK fan can connect with. If you are one, we’re already friends.

The next morning after breakfast, I was sad when the organizers had left so I sat down to write this blog while we waited for our tum-tums (six-seaters). But fortunately, I spotted Akshay and thanked him for the amazing performance and the arrangements.

Though camping is a business, at the end of every camping Akshay and his team takes home some genuinely happy faces and the satisfaction of being the reason behind that sweet and relaxing smile on people’s faces.

This was my first outing post lockdown. A big thank you to the entire team of Travelathon for making it a memorable one.

Guys, I’ll be writing another blog on Why it is important to go on a trip in 2021. Stay tuned by subscribing to the blog.

P.S. Thanks to our bosses for sponsoring this trip for us. It was kind of them.

P.P.S. This is not a sponsored blog. It’s a replica of my heart, as always.