Why I quit my job? The only question that haunted me wherever I went. Now that you’ve clicked on this link by the apparent reason.

So, yes, this blog is for those curious minds who’re still scratching their heads to get a hint on why I quit my job and also for all my supporters and well-wishers.

This blog is probably the extension to my About page that I wrote in August, 2018. Certainly, a lot has changed since then.

I know you’re impatient to read through the blog, so let’s get going with my adventurous story.

25th January 2019 was my last working day (LWD) in my first company. Till the last minute of the day, I was cheerful and excited about the new life that I was about to start.

But at midnight, I broke down into terrible cries on the thought of leaving Pune and coming back home. After all, my first company had given me so much that it was difficult to move away (though 150kms is not much) from all those pretty faces who made my life heaven despite all the odds.

You must be wondering why I haven’t yet written a blog on Pune. It’s because I’m writing a book on my Mumbai-Pune journey.

Next day, when my parents came to take me along, it felt as if something broke inside me. Leaving my roommates became the toughest task for the day. I felt numb. I wasn’t crying, but I was entirely quite on my way back home.

Next morning, in Mumbai, the first thing I did was arranged my books on a shelf that my father had emptied for me as per my orders. Back in Pune, I invested my salary in books alone. It felt great to bring them along with me.

But mind you, I did not rest for a day. I started working on my dreams. I read for 3 hours every day. Woke up at 6.30am, did yoga, had my breakfast, read, published blogs every week and was off to bed sharp at 11 pm.

Office calls continued for the next two weeks. I received and provided the help needed without grumbling.

Soon, my relatives got the news that I quit my job. The real struggle had started then. I ignored all the calls and concentrated on my goal. I had to pull myself together as there was no time for any explanations.

Do not explain your dreams. They often fall onto deaf ears.

You’d be thinking what exactly my goal is and why I quit my job for it. Without beating about the bush let me tell you straight away. I aspire to become a motivational blogger and a published writer. Last 2.5 years, I literally struggled to take some time out to sit and write some stuff here and there. I did not enjoy my job, but I was content after publishing a blog (which happened once in a blue moon)

When I put forth this idea in front of my parents, it was almost as if there was a bomb in Hiroshima. Convincing them was a challenge. And it’s always easy to move your mother; the rest of the task is left to her.

So I convinced my mother, and she further conveyed the same to my father. When they both agreed, I was on cloud nine. Though my father was and still is in the dilemma of quitting a well-paid I.T. job, he gave his consent just to see me happy.

He does not read my blogs. Mom reads sometimes.

With time, I built my blog site, published an e-book, read an impressive number of books and spent time in grooming myself. Because of my pretty readers, my free e-book did great, and I was showered with lovely comments.

I learned new things related to blogs and content creation. Good content is always consumed and appreciated. My short-term goal was to work as “content writer” in an office, though a small one.

Now, explaining all this to a typical person, like my father, who believes in job security, 9-5 working hours and a big-fat salary was impossible.

He neither understood what work I did in IT nor does he knows what a content writer does. All that matters to him is a well-known company and the salary drawn.

It’s not his mistake. Our parents aren’t aware of any careers beyond, IT, medicine, UPSC, IAS, etc. One day, my aunt asks my mother over the phone, “Does she want to become a journalist?”, in her typical taunting mood. She says she does not understand what I write. And I don’t expect her to do so.

All I wished from people was to take an effort to understand what I was doing. But at the same time, I refused to explain it to them. I had no time to waste on them as it was a tedious task to do.

One day, my maternal uncle and aunty gave us a surprise visit. And then my mother had to reveal the news. They expressed their condolence to me saying, “Don’t worry. Everything happens for good.” I was aghast. What was that? Then I realized what was cooking and explained to them, “Guys, I have resigned, they haven’t fired me. Look I’ve got an appreciation certificate also.”

Later when they left, I smiled at their innocence.

While everybody around me asked me why I quit my job, I was busy building my resume for the post of content writer. I didn’t want to run the rat race. Instead, I wished to chase my passion and I’m sure I’ll achieve it in the long run, slowly and steadily.

In the meantime, I received a hell lot of funny messages like –

•    Oh God! I’m irritated by your Instagram stories. You’re either flaunting the comments you get, or you’re thanking someone for something.

•    Why don’t you do an automation course? There’s a lot of scope?

•    Did your parents agree to this? If yes, then it’s fabulous.

After receiving an overwhelming response for my e-book, a few of my close friends send some cute yet wise messages –

•    Great madam! But don’t take this to your head. Just keep working. Much more to go.

•    Despite all the odds, your writings didn’t get affected, it blossomed, and everyone liked it too. Everything else is crap. Cut the crap, you’re doing great stuff. Concentrate on it, rest will take care of itself.

•    In football, every player goes down easily to earn a foul. Some dive but Messi stands firm, he never dives. He never goes down quickly, he continues to run. Even if he falls, he gets up and runs till referee blows the whistle. But when he does fall, it’s always dangerous. You are like Messi in a way. Despite all the injuries from the world you fought. And see, your e-book is a comeback.

Despite all the appreciations and sweet messages, I was actually surrounded by negative vibes throughout the day. It was a challenge for me to stay positive and deliver useful blogs to my readers. All after you’ve subscribed my website to receive great content into your inbox.

Nobody took me seriously, except for my mother. She gave me the liberty to work hard and ignore everything else. The thing is, people don’t take you seriously unless you’re working in a splashy office with an I.D. hung around your neck.

A 5-year-old girl asked me once – “Why don’t you go to the office?” How would I tell her that I’m following my passion which will earn me both money and goodwill? But the entire process takes time.

When people ask my parents what does your daughter do, they stammer while answering. I don’t see the ease in their words. I know they can’t say that she’s a blogger because nobody will understand either. Never mind, even @mostlysane’s parents don’t have an answer to this question.

Nobody is wrong here; the thing is there is a lack of awareness and exposure to the new career options out there. Everybody is just following the age-old typical careers, and they don’t want to open up to the trend. Just like a horse walks straight, nobody knows what’s there beyond that.

All I want to say is, so what I completed a degree in Electronics engineering and after 2.5 years I realized what I actually wanted from life? I had the guts to take a decision and pursue my passion as my career.

Life starts at the end of the comfort zone.

On 6th May I joined as a “Content Writer” – a significant ‘gap’ you see. But I had my savings, and when they were just about to finish, I started earning again. I wasn’t dependent on my parents either.

Yes, I got placed as a content writer in the very first interview. Finally. All my friends switched jobs and are drawing double their previous salary, and I’ll be paid exactly half the salary that I got from my last job. But happiness and satisfaction are triple as this new job is what I wished for. It is something that is entirely mine. It’s my achievement.

I remember one of my senior colleagues saying, “You do not have an offer in hand and still, you’re leaving the organization? It’s a big risk.”
And I had replied, “If not now then never.”

I believe in the theory behind the toy-car which when pulled back gains momentum and runs faster in the forward direction. Metaphorically, I’ve pulled myself back to push myself ahead in full speed.

There’s no turning back now.

I would like to give just one piece of advice for all those who wish to follow their passion; you need to have doubled the courage, triple the patience, and immense tolerance to survive in this big bad world.

Yesterday, in the shared cab, two guys were chatting about a third guy who had left his job after 4 years of experience and about the risks that followed. I smiled to myself and imagined two random people in my life having the same conversation about me.

And last but not least, I’ll continue delivering useful blogs and keep promoting the importance of reading for as long as live.

Get free motivation in your mailbox every week. If you do not want to miss any post, please subscribe to my website and show your support, because you know what, it’s free.

P.S. I’ve decided that I’ll read out books to my child since the time he/she is in the cradle. Mobile phones will be strictly prohibited. 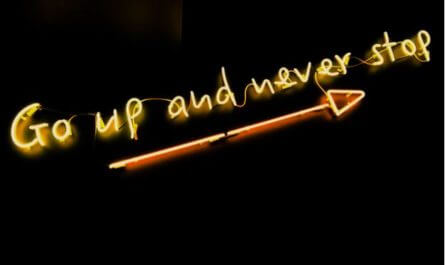 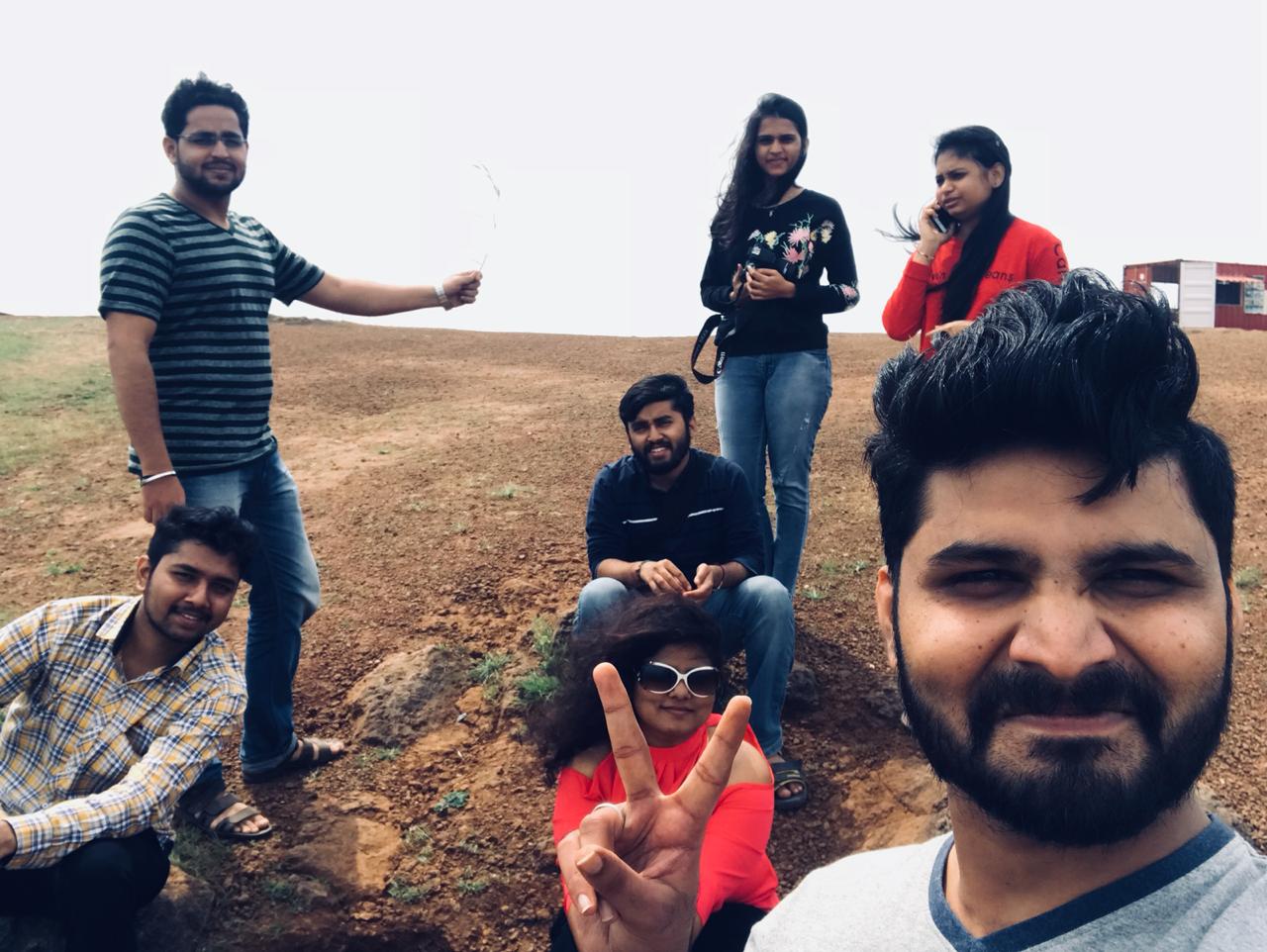 The Hardest Part Of A Journey.