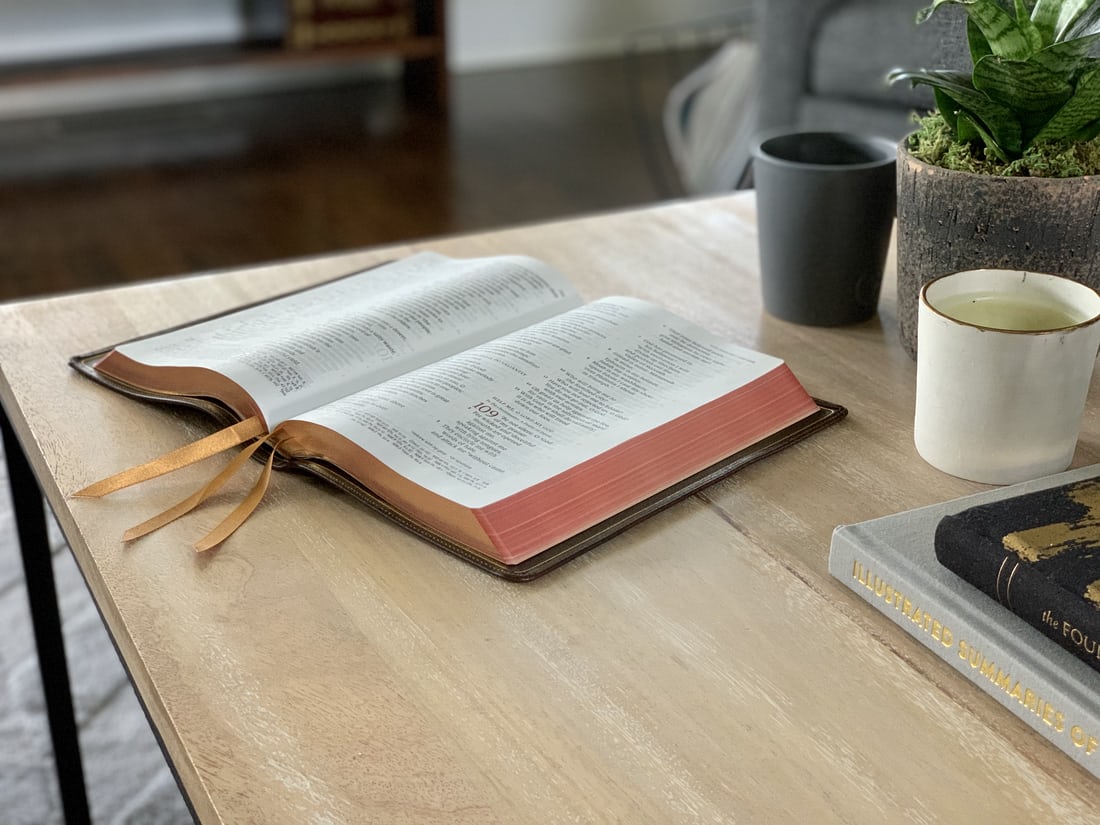 This was the second consecutive year where we saw yet another predicted cyclone named ‘Tauktae cyclone’. I wonder who gives these weird names to a cyclone. Do they have a naming ceremony organised to give names like Nisarga, Tauktae, Nivar and what not? Well, apart from jokes, these storms come and destroy us to some extent as add-on destruction in already delirious corona times.

But the Tauktae cyclone had a positive effect on my life. Well, not directly but yes, indirectly the storm was a boon to our family. With the on and off state of the WiFi and D2H for a couple of days, my Dad was going nuts with no movies for this entertainment. I tried my hands on urging him to read a book and handed over a tiny book by Sudha Murthy – How I Taught My Grandmother To Read. To my astonishment, my Dad took it up and started reading.

So, as the title goes, I’m going to share this wonderful yet crazy experience of mine with you as I couldn’t contain my excitement and happiness. I wonder if you guys will relate to this or not. But anyways, if it’s not relatable, I assure you it’s going to be entertaining enough.

How I taught my grandmother to read is a collection of stories and I could see the amazement as soon as my Dad completed reading the first story from the book. His eyes lit up and he was happy to have picked up this book. He could read it quickly because of the simplicity in the author’s writing. I secretly patted my back for having chosen the book for him.

To enrich his knowledge, I fed him with some more information about Sudha Murthy. I told him about her personal life, the kind of work she’s been doing in the Infosys Foundation, her origin, her profession, the books she’s written, and I had to stop there as he wanted to continue reading the book.

I feel sad if someone asks me “Who’s Sudha Murthy?” If you’re a Sudha Murthy fan, you’d know why I say so.

While he read, my Dad came across a few words which he would find difficult to understand. So, he would first try to understand the meaning by reading the entire sentence and see if it made sense to him. If not, he would ask me for its meaning. He would be elated if the meaning I told was the same as he predicted it to be.

Sometimes he would not understand the meaning of the entire sentence. Without hesitating, he discussed the same with me and moved ahead in the book only when he had absorbed the current story.

For me, this was a completely new side of my father. I’ve never seen him so sincere about books. In the past, I’ve tried and failed to make him read. Now I know, all this while I was forcing him to read the wrong books.

Sudha Murthy’s books are the perfect ones to start your reading regime.

I took a lot of pictures while he read the book. The sight of my Dad with a book in his hands was the most pleasing one of all. Engrossed in the world of stories, he was unaware that he was being captured. I absolutely loved this new version of my father.

My Dad is someone who cannot sit for a long time in one place or a position. He’s shaky all the time. Similarly, while reading he changed a hundred positions from lying down with the book to walking to and fro in the house while reading the book. I could have made a flipbook out of his hundred different poses of my-father-reading-a-book.

My Dad was on a roll as he would sit with the book and suddenly read some lines from the book aloud. I discovered that he was a fast reader and I envied him.

I often heard him say, “Oh! Wow, that’s great!”, “Ahaaaa”, “Hmmmm…”, while he read the stories. He was completely into the book and was always eager to read the next story.

”Today I’m going to finish reading this book”, he said. I was taken aback as it was only the third day since he started reading the book. When he sat to read he would put his phone away which had happened for the first time in his life.

I was the happiest to see his phone lying on the floor unattended for the longest time ever.

My Dad learned to speak in English when he was in his HSC. He would talk in English and record his voice on a tape recorder and then listen to his voice once again. In this fashion, he practised and could speak pretty well.

He was reminded of his younger days and started narrating the story and recorded his voice on the phone. Once he was done, he heard his voice and I enjoyed the smile on his face.

At times, I found him laughing to himself, smiling with closed eyes and searching for a weird bookmark to be kept in the book. He has used his finished tablet’s paper as a bookmark. Well, weird enough.

The central government has finally got an alternate day working opportunity in the second wave of COVID-19 and this proved to be a boon for my Dad’s reading regime.

Now he doesn’t have to think of how to spend his time every alternate day of the week.

When he finished reading the first book he announced with a big grin on his face, “I could finish reading a whole book. All credit goes to my daughter”, to my mother. He also thanked me for pushing him to read.

What else could I ask for? I had converted another non-reader into a reader.

And immediately after finishing one, the second book he picked up to read was “Monday Mornings Done Right”.

I was on cloud nine, for obvious reasons.

He continued discussing the stories with me and asked me questions whenever he got stuck or confused.

Ever since he started reading the book, he was under my observation. And I’m happy there quite a few positive changes in him. I don’t know if he noticed them, or maybe it’s too early for him to analyse but I could see his restlessness has come down. He has stopped bringing home his office tension. And the most beautiful change is he has started maintaining a diary.

So, this was a whole new experience for me which I wished to share with you. I hope it has inspired you in some way and you could relate to some of the points when you taught your father to do something.

Take care of your family and yourself! 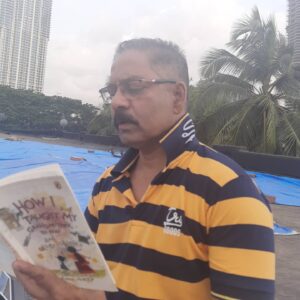 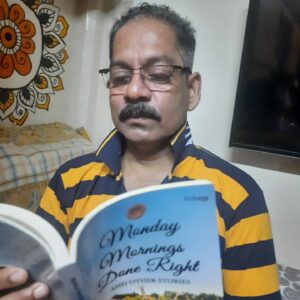 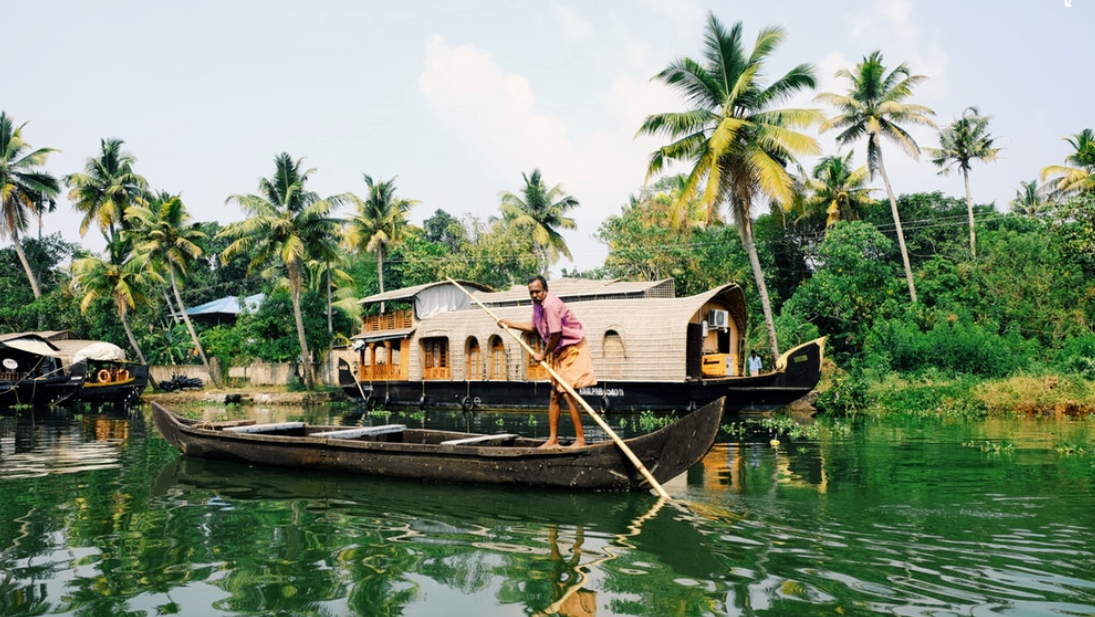 Now I Know Why Kerala Is Called God’s Own Country. 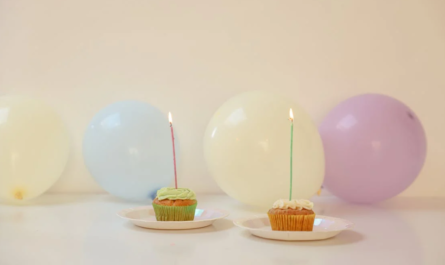 Birthday Cakes And Much More | Post 2 of Blog Marathon 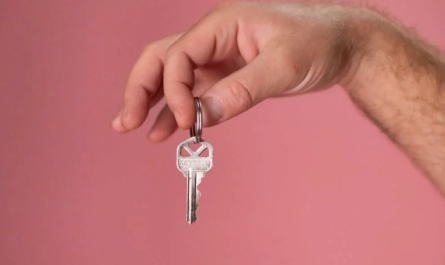 4 thoughts on “What Happened When My Dad Read His First Book!”